Never a dull moment at ACE

No two days are the same at ACE Property Management, this is an aspect of my job that I particularly enjoy. You never know what is going to come through the office door or who may call, the only thing I can guarantee is that things do go wrong and our 24-7 repairs team can be kept busy.  As a landlord myself I regularly come across tenant complaints or repair issues that not only make me laugh but they make me wonder how these people make it through day to day life unscathed.

It is not my intention to annoy, anger or embarrass anyone but if you can relate to any one of the following scenarios you should probably be wearing a helmet to bed! 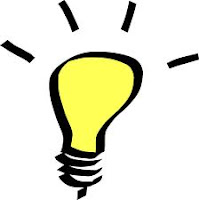 Now, when I was growing up I was taught from an early age how to change a light bulb. I used to love being allowed to get the big ladders out the cupboard and set about replacing a light bulb without trying to electrocute myself, under the watchful eye of dad. This sort of life training was clearly not a right of passage in a lot of family homes.

In comes the call;

“My bedroom lights not working, can you send somebody to fix it please?!”

“Ok, have you changed the bulb or checked that none of the fuses have tripped?”

Silence...now don’t get me wrong, the vast majority of tenants are on the ball and wouldn’t bother with such a call. However, there are a few simple creatures out there that don’t have a clue. After a tenant passes the change the bulb and fuses questions we will usually send out an electrician to check the problem. Now Davie the spark knows the score. If the call out was a waste of time, i.e. the tenant could have fixed the issue themselves, Davie will decide whether  to charge the tenant for time wasting or leave with a stern word, lesson learnt. I have had reports of a screw bulb jammed into a bayonet fitting and the tenant showing Davie that the bulb won’t work when they flip the switch. True story!

“Hi, is that ACE Property? There was a mouse in my flat last night. Can you send someone to remove it?” I have to fight the urge to ask them if the mouse is paying rent and has it signed the lease?

Tenament living in Edinburgh can sometimes have its downfalls from noisy neighbours to broken entry phone systems. Most tenants understand that some problems may take a while to fix and are happy to hold out. However, when danger mouse turns up (minus the eye patch and red jumper)  it is a different story altogether. Mice unfortunately are quite common in tenement buildings and most landlords are willing to instruct Davie from pest control to rectify the problem so long as the property is clean and tidy and the tenants are not contributing to the problem. Some tenants think that the world is going to end if a pest control man is not in their flat, dressed in full camouflage gear with a flame thrower 5 minutes after their call. You’d be amazed how many properties I inspect with a reported mice problem and the property looks like Slimer from Ghostbusters has had his lunch in every room. Some people don’t understand that they are the reason mice pay them a visit and that leaving food on kitchen counters and floors is basically inviting them in. Believe me, tenants do not like being told they are the cause of the problem!

I have pulled a dead rat out of a toilet by the tail before. The tenant called to say that the toilet was blocked by a massive rat. I had to see this for myself, so I popped round. Turns out the tenants pet rat had died and she tried to flush it. She, naturally denied this but had stupidly put the old cage out by the wheelie bin where poor Roland was laid to rest. To this day she insists it had crawled up the toilet and drowned, wow.

A call came in once that a tenant had someone at the door continually pressing the buzzer and they wouldn’t leave. The flat was a short walk from the office so I wandered round to see who was at the door and what was going on. It turns out that someone had hit the buzzer and the button was now stuck. Hardly a nutcase at the door, simply a lazy tenant not willing to walk downstairs and check what was going on. I released the button and returned to the office to find the tenant had called to say the buzzer had stopped and the person had gone away.

I have many more stories including a Chinese lady running a fast food business from her flat in Western Harbour. That was an interesting inspection!

There was also a late night call out from a tenant with smoke alarms going off. I arrived at the property and the tenant is puffing away on a cigarette in front of me wondering why the alarm is sounding. “I thought it was just for fires!” Unbelieveable!

It's 22:50 on Sunday and I’m calling it a night. Spain have just destroyed Italy in the Euro Final and I’m looking forward to hearing in the news tomorrow about what kind of firework display Balotelli puts on in his hotel room tonight..
Posted by Unknown at 15:12