What is the Property Rugby Club?

You may have seen the above logo on Facebook,Twitter in my ACE Property Management office or even on the back of my car. Property Rugby Club (PRC) is a networking group that I formed in April this year. I decided to form the PRC group after attending a corporate day out with Hunters Residential and Gillespie McAndrew, during which we enjoyed a day on the beers and an enthralling Scotland vs England match at Murrayfield stadium.

On the day we met at 12:45pm and the game kicked off at 3:30pm. The few hours in between were spent socialising and networking, it was apparent that everybody generally had the same two things in common- Rugby and Property. Despite the flowing beer, business was at the forefront and business cards were flying round. The next day whilst nursing a hangover I formed the idea of PRC.  I realised that there was a niche for bringing together individuals from the property and rugby world to enable us to share our knowledge, experience, inspire and possibly even create new ideas/concepts for developing business through common ground. My ultimate aim was to build new partnerships and strengthen established relationships, so I called in a few friends to get things going.

I sent the guys an e-mail inviting them to join PRC. The e-mail also stated that if they did not join there would be no PRC as I would be the only member! Luckily they jumped at the invitations, our first meeting was scheduled. PRC was officially up and running. 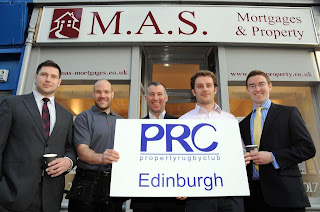 I decided to create a networking group as I thought I would gain more from building a network than paying to join an already established group. I personally believe that any new members that wish to join PRC will benefit from being amongst like minded people that are happy to pass referrals and create introductions in the business world. Ultimately, PRC is only going to be as good as its members and the group will only continue to flourish if time and organisation is committed to building it. So far we have had 4 meetings, 3 early mornings and 1 cheeky post work friday meet all at members offices. Catering is provided by one of our members Andrew Fowler of Nikki’s Sandwich Bar and the feedback has always been positive. 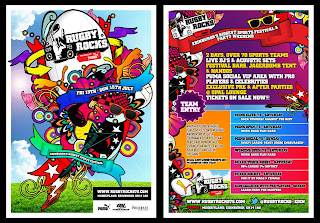 Our next 'meeting' is on Saturday 14th July at Meggetland, home of Boroughmuir Rugby Club http://www.rugbyrocks7s.com/edinburgh/
We have been invited by Rugby Rocks who host the Premier Rugby 7's Tournament in Edinburgh.  The event offers us an excellent opportunity to open the group up to a whole host of new members and anyone else that would like to join us! On the day we will have a private bar (not a free bar!) and free entry will be provided to all PRC members and guests. We are very much looking forward to the event and welcoming new members to PRC.

As the group grows I hope it will develop into a club that its members can be proud of. In the future, I would like to see PRC hosting events before Edinburgh and International rugby matches. A golf day is on the cards, along with a day at the races. PRC is not a boys only club, any of you ladies out there that enjoy a bit of the old rugger or property banter please let us know, we would be delighted to have you involved.

If you would like to join us on Saturday please contact me directly alan@acepm.co.uk  @acepmedin
Posted by Unknown at 15:10